Ephesians 1:11-12, “It’s in Christ that we find out who we are and what we are living for. Long before we first heard of Christ and got our hopes up he had his eye on us, had designs on us for glorious living, part of the overall purpose he is working out in everything and everyone.” (MSG)

When we are no longer able to change a situation we are challenged to change ourselves.’
~Sugar 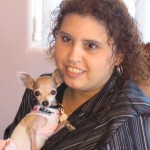 IS GOD DANCING ON YOUR POTATO CHIPS?

Not too long ago I had “one of those days.” I was feeling pressure from a writing deadline. I had company arriving in a couple days and the toilet was clogged. I went to the bank, and the trainee teller processing my deposit had to start over three times. I swung by the supermarket to pick up a few things and the lines were serpentine.

By the time I got home, I was frazzled and sweaty and in a hurry to get something on the table for dinner.

Deciding on Campbell’s Cream of Mushroom soup, I grabbed a can opener, cranked open the can, then remembered I had forgotten to buy milk at the store. Nix the soup idea. Setting the can aside, I went to plan B, which was leftover baked beans. I grabbed the Tupperware container from the fridge, popped the seal, took a look and groaned. My husband isn’t a picky eater, but even HE won’t eat baked beans that look like caterpillars.

Really frustrated now, I decided on a menu that promised to be as foolproof as it is nutrition-free: hot dogs and potato chips. Retrieving a brand new bag of chips from the cupboard, I grabbed the cellophane and gave a hearty pull. The bag didn’t open. I tried again. Nothing happened. I took a breath, doubled my muscle, and gave the bag a hearty wrestle. With a loud pop, the cellophane suddenly gave way, ripping wide from top to bottom. Chips flew sky high. I was left holding the bag, and it was empty.

It was the final straw. I let out a blood curdling scream. “I CAN’T TAKE IT ANYMORE!” My husband heard my unorthodox cry for help. Within minutes he was standing at the doorway to the kitchen, where he surveyed the damage: an opened can of soup, melting groceries, moldy baked beans, and one quivering wife standing ankle deep in potato chips. My husband did the most helpful thing he could think of at the moment. He took a flying leap, landing flat-footed in the pile of chips. And then he began to stomp and dance and twirl, grinding those chips into my linoleum in the process!

I stared. I fumed. Pretty soon I was working to stifle a smile. Eventually I had to laugh. And finally I decided to join him. I, too, took a leap onto the chips. And then I danced. Now I’ll be the first to admit that my husband’s response wasn’t the one I was looking for. But the truth is, it was exactly what I needed. I didn’t need a cleanup crew as much as I needed an attitude adjustment, and the laughter from that rather funky moment provided just that.

So now I have a question for you, and it’s simply this: Has God ever stomped on your chips? I know that, in my life, there have been plenty of times when I’ve gotten myself into frustrating situations and I’ve cried out for help, all the while hoping God would show up with a celestial broom and clean up the mess.

What often happens instead is that God dances on my chips, answering my prayer in a completely different manner than I had expected, but in the manner that is best for me after all. Sometimes I can see right away that God’s response was the best one after all. Sometimes I have to wait weeks or months before I begin to understand how and why God answered a particular prayer the way he did. There are even some situations that, years later, I’m still trying to understand. I figure God will fill me in sooner or later, either this side of Heaven or beyond.

Do I trust Him? Even when he’s answering my prayers in a way that is completely different from my expectations? Even when he’s dancing and stomping instead of sweeping and mopping:? Can I embrace what He’s offering? Can I let His joy adjust my attitude? Am I going to stand on the sidelines and sulk, or am I willing to learn the steps of the dance he’s dancin’ with my needs in mind? I’ll be honest with you: Sometimes I sulk. Sometimes I dance. I’m working on doing more of the latter than the former. I guess the older I get the more I realize that He really does know what He’s doing. He loves me and I can trust Him. Even when the chips are down.

“So don’t worry about tomorrow, for tomorrow will bring its own worries. Today’s trouble is enough for today.”
~Matt. 6:34

Directions
1. In a heavy saucepan combine gelatin, cinnamon, ginger, nutmeg, and salt.
2. Stir in condensed milk and beaten eggs, mixing well. Let stand one minute, then place on burner over low heat, stirring constantly for about 10 minutes, or until gelatin dissolves and mixture thickens.
3. Remove from heat
4. Whip sweet potatoes until smooth. Stir into bowl, mixing thoroughly, and pour mixture into graham cracker crust.
5. Add chopped pecans.
6. Chill for at least 3 hours prior to serving.